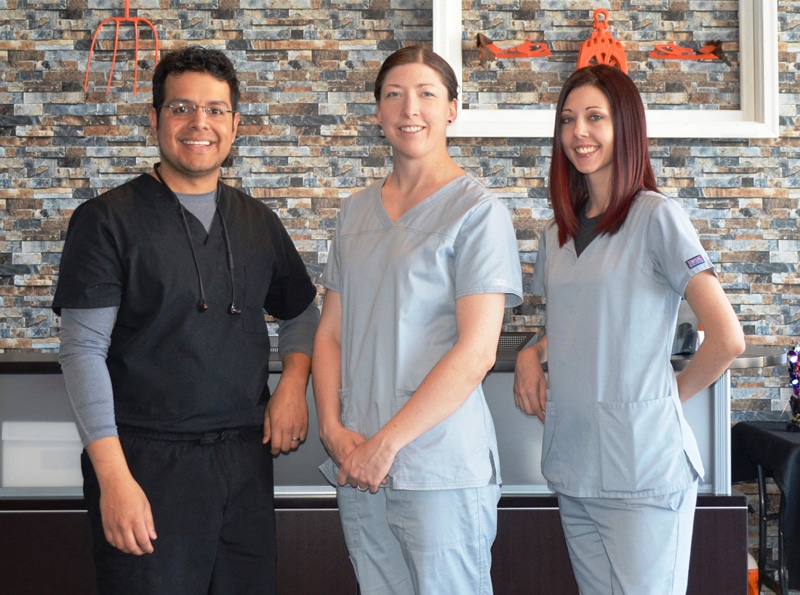 Our goal is your well being. Chiropractic is not for the treatment of any disease, but rather for the enhancement of health resulting from the reduction of conditions that lower your resistance to disease.

When I was in college I wanted to see if chiropractic worked and if it was a good career, so I decided to work in a chiropractic office. In my time at the chiropractic office, I saw many different conditions improve in patients ranging from seniors to newborns. I was impressed and the skeptic in me had been converted to a believer! Soon after I graduated from the University of Nebraska-Omaha with a biology degree and enrolled at Palmer College of Chiropractic in Davenport, IA.

After completing my studies and graduating from Palmer, I found a job with a great chiropractic clinic in Alaska (yes Alaska) and was there for a year. While in Alaska, I found a great woman named Jennifer who would eventually be my wife. I always knew I wanted to be a business owner so after finishing up in Alaska we opened up a clinic in Fountain, Colorado and was there for 5 fantastic years. Jennifer and I got married during that time and we also had two children. We decided to move closer to family so we sold the clinic and moved back to Omaha and opened Kinetic Chiropractic. We look forward to serving the Omaha area and converting skeptics into believers!